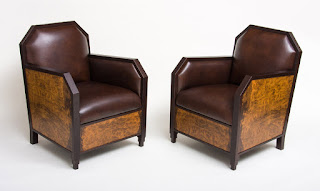 The space was filled with silence.

There are many kinds of silence.

The type that comes once a person passes out of a space of extreme noise.

The terrified silence of prey when they sense the presence of a predator.

The near maddening silence of sensory deprivation.

The silence of the grave, all encompassing and definitive.

The kind of silence that exists comfortably between old friends who do not need to fill the space.

This silence was none of those, and in the odd ways of things, all of them.

What items there were each filled a very specific purpose and had a very specific space, from the sheathed blades hanging by the door, the stack of cards upon a side table, to the dustpan and brush stacked neatly in the corner.

Two big arm chairs sat one beside the other their occupants gazing straight ahead each looking at that which only they could see.

Between them stood a sturdy handmade oak table on which rested two goblets of red wine beside the open bottle. Neither glass has yet been touched as both occupants knew that it was best to let red warm to the environment and ‘breath’ as the term would have it.

“Do you think it’s going to make a difference?”

The voice which entered the silence, almost as if it were truly part of it, was deep and resonant, thickly accented from the regions surrounding the Nile in the African continent. Soft and soothing to the ear there was no harsh or hardness to the sound of it.

As smoothly as it arrived it passed and the silence slipped back close around them again.

Though the question had been asked neither party was in a rush for the answer. Time was something they were both very keenly aware of, and at this point time was in abundance for them.

The reply when it came slipped like a shadowed whisper into the silence, though easily heard for the closeness of the two chairs.

Both parties never turned to look, each keeping watch over that which only they could perceive. Two hands extended to retrieve the goblets. One slim long fingered and pale skinned, the other broad thick fingered and ebony skinned.

All of a sudden the silence was shattered as surely as the door was. Both sent to splinters across the space as a huge shape barrelled in and reeled about.

The bellow was such that the silence fled from it like a startled hare.

“Ah. There you are an drinkin no less. Sure I’m glad I’m not the only one to be in their cups tonight.”

The bellowed laughter spooked the silence from where it had crept close to the door, sending it bounding away again.

“Who is the company ye have beloved?”

The figure reeled over to stand before the two chairs. Their smile became a might broader to see the occupant of the second chair.

The Big man brought one of his think fingers to his lips and gave an overly exaggerated wink implying he was about to engage in some unsubtle mischief.

“Lil Ani? Is that you? My goodness you’ve grown.”

Once the line was delivered the big man again spooked the silence by descending into a fit of tittering, which for a man his size was impressive indeed.

“No need to get up Lovermine, you see to your guest an I will away to our bed to await your pleasure.”

With a reeling spin that was part bow, part over balanced stumble the figure trundled away across the room. That is of course until they reached the detritus which had once been a door.

“Ah what’s this? What happened to the door? Don’t worry my love I will make you a new one and have it hung in the mornin.”

The figure looked back over their shoulder and suggestively grasped their crotch.

“Speaking of ‘hung’, I hope you won’t be too long away”

The tittering began again as the figure strode through another door and into a back room.

The silence crept back into the room, slowly, nervously checking everywhere for the Big scary noisy.

The Morrigan smiled a small smile to herself and with a sigh gave a slight shake of her head.

“Was that some movie quote? I can never keep up with his pop culture references.”

“Star Wars. One of the prequels. I know because it was almost the death of the franchise.”

The timid silence gave a start as both began to laugh heartily. It considered its options given its favor for the two in the chairs.

It eventually gave up and left as the Dagda began to snore from the back bedroom.
Posted by An Scealai Beag at 11:34 am No comments: