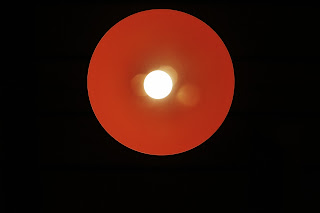 The body was battered and bruised but life still resided within it.

A vital energy force that burned and beat despite its vessel's damaged state.

With a sigh he ran his thick fingers across the skin, still smeared with some traces of blood where he had cleansed it.

The sharp blades having sliced skin to varying depths, but none reaching anything vital.
These will heal easily enough.

The body released a wince as his fingers probed its ribs. One, two,  three?
No. Only two broken and one fractured.
These will take time to knit.

The greatest concern was the swelling on the body's head.

The blow had been overhand and strong.

Surely this would have caved in the skull had not the warrior turned aside, taking a scraping blow down the side of its face and damaging one ear.

This too would heal in time, though that ear will be forever marked for the damage.

Another sigh passed his lips as sadness settled upon him.

So much hurt. So much pain.

They say pain is a great teacher.

For him it only ever taught him how to take more pain.

His eyes strayed to the Club resting against the wall.
Its killing end in the dirt, its healing end at rest against the door frame.

It could never work for him, and in a way it shouldn't.
Someone needs to bear the pain, and who better than the one with the biggest shoulders?

With another wince the Dagda lay down to rest his broken body.
His head beginning to pound, as he could no longer keep the pain at bay.

A wistful chuckle escaped his lips just before blackness took him.

She is going to give me hell over this ear.